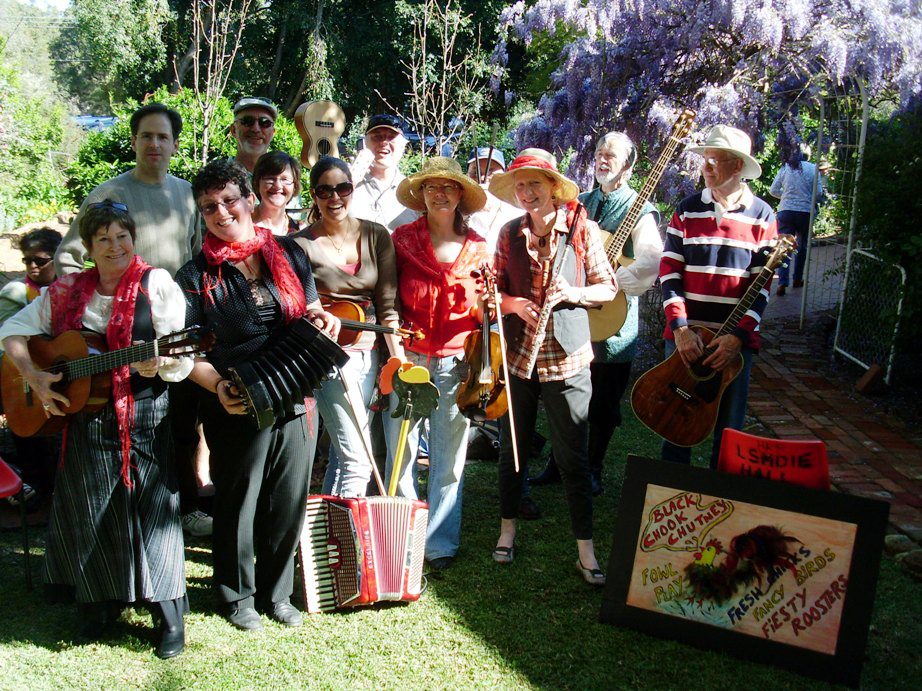 THE BLACK CHOOKS (or more formally: Black Chook Chutney) began in 2008 as a Festival project in Kalamunda by Zig Zag Community Arts Inc. A local paper advert called for people who had learnt an instrument but not played for a while and wanted to get back into playing. Jennifer Hoffman had the idea and with husband David established the format for a weekly practice involving by-ear and written music players learning new tunes and developing arrangements week by week as a group. Over a span of eleven years The Chooks have grown and maintained a collaborative ethos and established a working repertoire of hundreds of tunes from all over the world. At our peak we have performed with 26 players – quite a challenge for most stages! But more recently we have been a more modest dozen or so players, most of whom have been here throughout the 11 years. We run a huge family-friendly Bush Dance in Kalamunda every year on New Year’s Eve with literally hundreds of people dancing to traditional and modern bush dance tunes. We support local not for profit groups’ fundraisers and we played Fairbridge in 2013 (Clubhouse) and 2015 (Mandja).