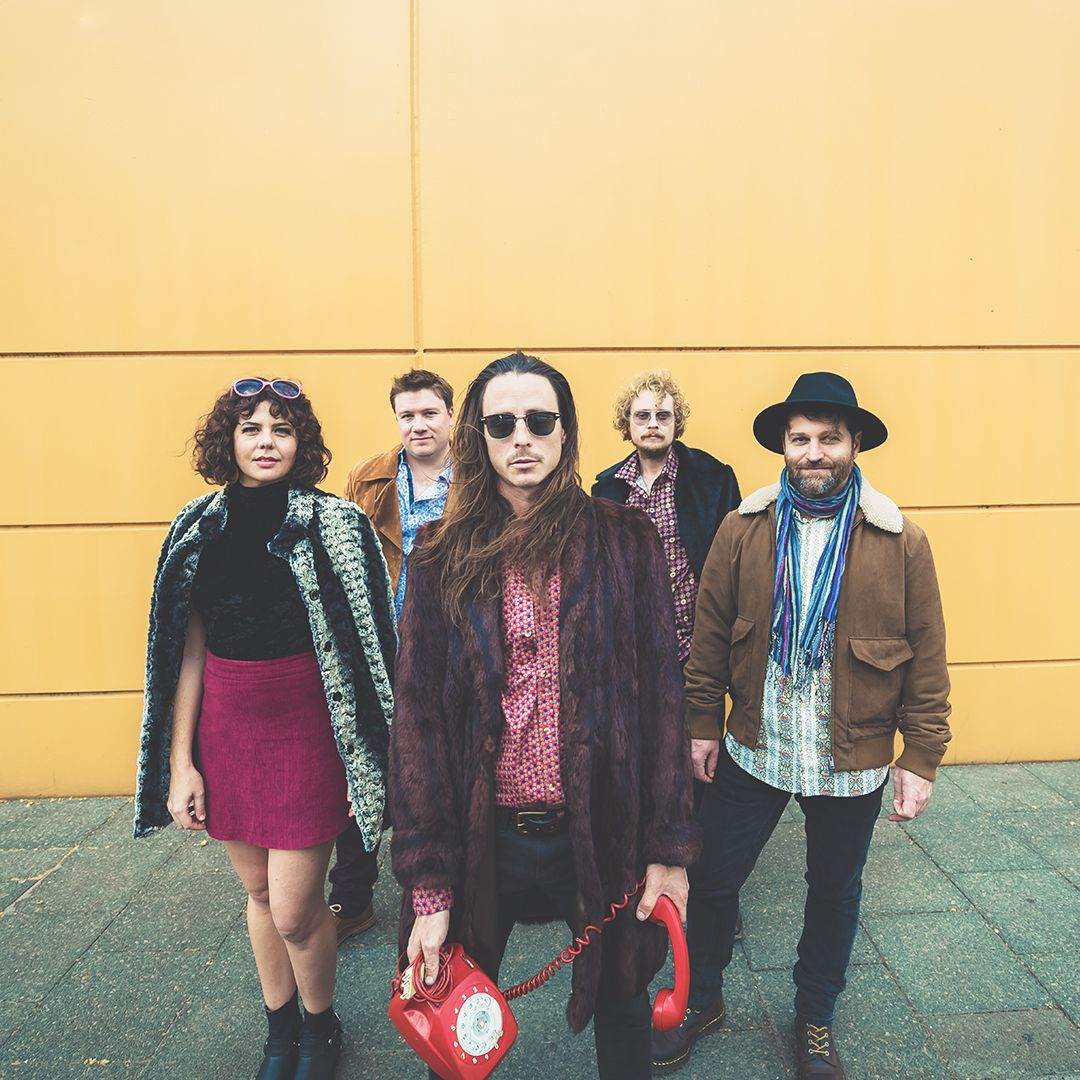 THE BAMBUSEAE RHYTHM SECTION
(pronounced Bam-Boo-See-Ay)
TBRS are a Retro-Futuristic PsychFunk & Cinematic Disco 6 piece hailing from Fremantle, Western Australia. With a dash of Blues Rock lyricism and attitude to boot this charismatic gang of carousers have only one thing in mind; dancing your worries into oblivion.
Armed with their motto The People Must Dance” this energetic act is true to their word. Stirring up the local music scene with their upbeat and memorable live shows.
The Bambuseae Rhythm Section’s musical line-up is on top of the musical game. Consisting of guitars, vocals, keys, violin, trumpet, bass and drums, each of the band’s members hold their own musical accolades within the Western Australian and Australian music scene.
They have previously performed at some of Western Australia’s premier festivals and events such as Nannup Music Festival, Blues at Bridgetown, Western Australian Circus Festival, Joondalup Festival, Falls Festival, Fairbridge Festival and Fremantle Folk Festival in addition to having performed alongside acts such as The Waifs, The Cat Empire, Diesel, The Original Chicago Blues All Stars and Dan Sultan.
Be prepared to sweat out your demons.