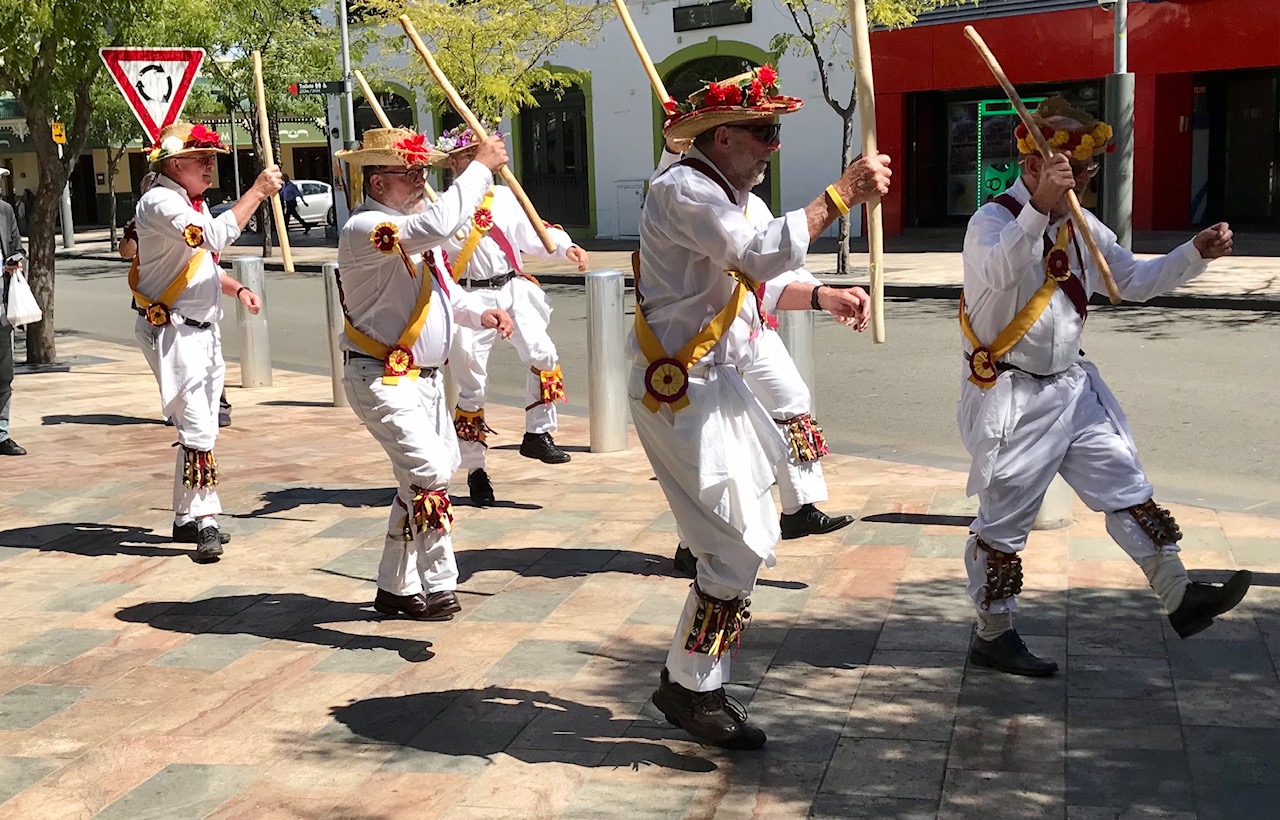 Perth Morris Men, Australias’ oldest Morris dancing side, will be demonstrating the ancient art of Morris dancing at various times over the weekend. Morris Dancing is an English traditional ceremonial dance form, of unknown origins, but possibly brought back from the Balkans by the Crusaders. Morris dancing almost died out in the 19th century, but thanks to early 20th century researchers, and the folk revival of the ’70s, it grew and is now performed by more than 1000 sides worldwide.It supposedly brings fertility to crops, scares off enemies, brings good luck and is an excuse for a good time! Accompanied by musicians playing Melodeon, Whistle, Pipe and Tabor (a type of drum), they are a living and continuing and evolving tradition. DONT MISS THEM! – You might also be asked to join in!