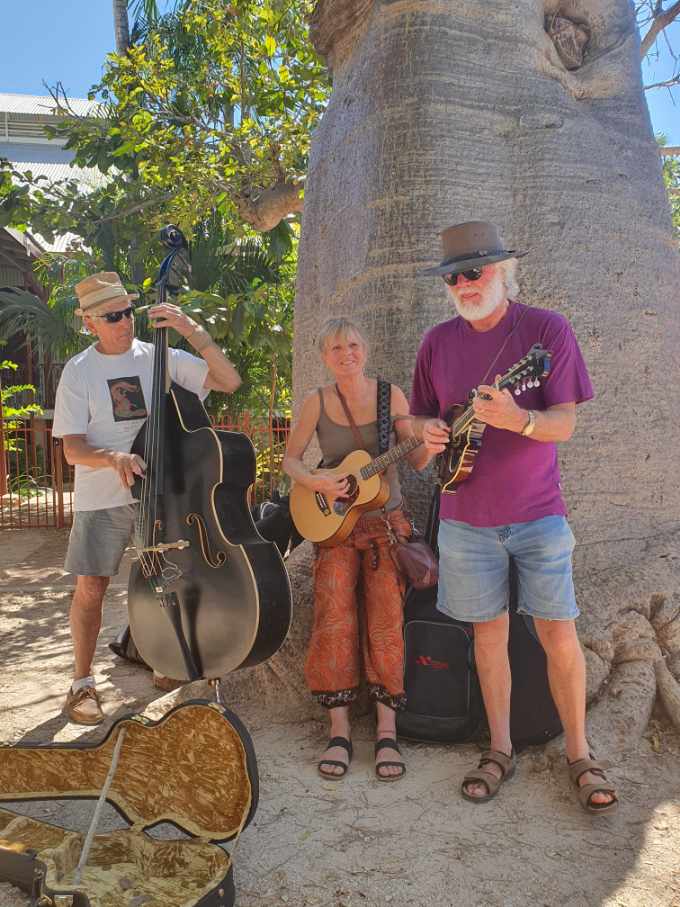 David and Liz perform as a duo or with extra musicians in the Pioneers Bush Band. Their music ranges from traditional australian/irish folk to original jazz/blues influenced songs and tunes. David and Liz both sing traditional songs. David writes and sings and Liz harmonises the original songs. They feature acoustic and electric guitar and mandolin and perform often with Peter Harper on double bass. Expect a tantalising program of varying styles and content from soaring ballads to funky bluesy riff based songs about everything and anything that gets David’s attention.