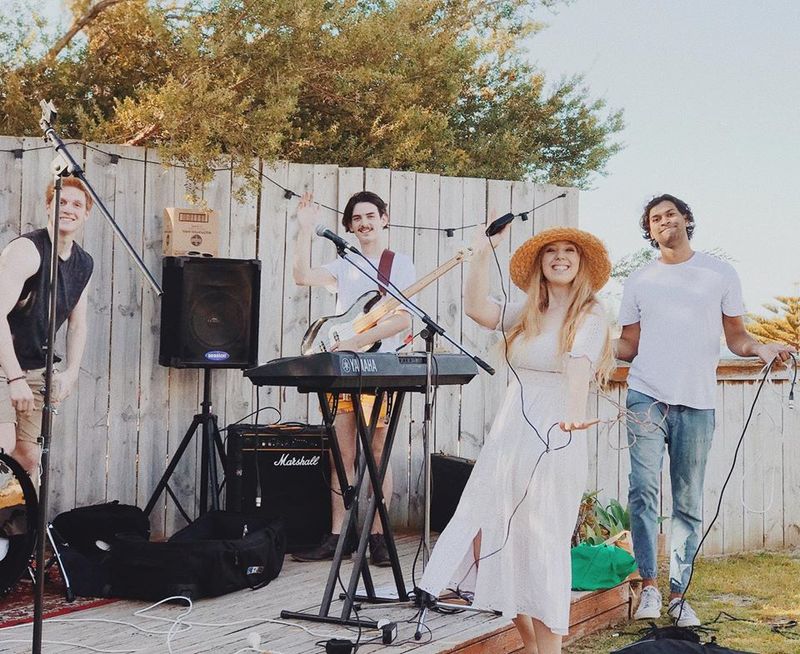 Emotionally raw, poetic, fiercely powerful yet ambient with booming drums and soaring vocals ‘Joan & The Giants’ are a perfect mixture of many different sounds, styles and genres. Their music is simultaneously grounded and explorative; it’s rooted in alt-pop but reaches far wider. “One of the more exciting emerging acts in Aussie music” – Happy Mag. ‘Joan & The Giants’ was formed in February 2019 by vocalist Grace Newton-Wordsworth, guitarist Aaron Birch and drummer Riley Sutton. Some of their highlights include being the main support act for ‘Odette’ on the WA leg of her 2019 ‘Lotus Eater’ tour, supporting folk act ‘Little Quirks’, rapper ‘Arno Faraji’ and playing festivals and lineups alongside some of Perths most finest acts. Grace also played GTM Bunbury in a collaboration with electronic duo ‘Feels’. The band released their debut single ‘Hold Me’ in March which was received well by listeners, reviewers and radio. Hold Me was nominated for the 2019 WAM ‘Song of the Year’ awards. Their second release ‘Cruel’ saw them receive praise and radio airplay, peaking 4th in the AMRAP metro charts and 9th in the AMRAP regional charts around Australia. ‘Wolves’ is their most powerful single yet, coming in August 2019.
https://www.youtube.com/watch?v=ZN5-j68guEw
EPK / OnePageLink etc
Website
Spotify
Bandcamp
Facebook